Raising The Steaks – The Science of Cattle Breeding

"Raising The Steaks – The Science of Cattle Breeding" was the brainchild of Sally Bannerman from NSW Department of Education. While having dinner after our wheat breeding location scout, Sally asked me how many calves I thought a cow could have in a lifetime. I think I said four. Sally informed me she knew of a cow they called W449 who had had 137 calves. I knew immediately we had a great story to tell. With a four-person crew, a six-day shoot and overnight stays in Albury, we shot many interviews and plenty of B-roll footage to help tell it. 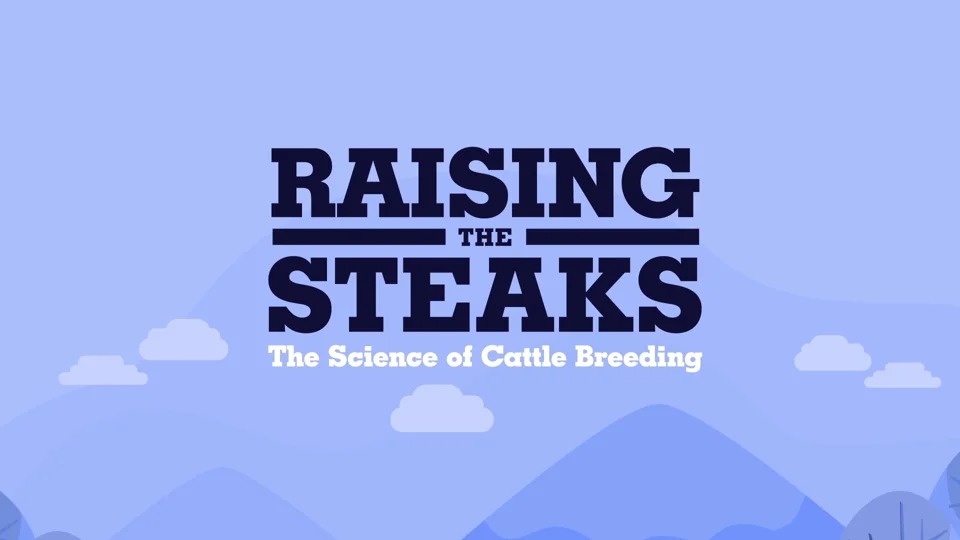 With A Great Story To Tell, We Got Mooving

We raced to organise a shoot in Albury for the Rennylea Autumn Bull Sale to follow one of W449’s sons, J1081. We then were able to interview the wonderful owners of Rennylea, Bryan, Lucinda and Ruth Corrigan, who allowed us to film all over their property. We met a few of W449’s offspring as well as the Supercow herself.

Almost a year later, we returned to Rennylea to shoot part of their embyro-transfer program and do a follow-up interview with Ruth . Once all the interviews were shaped into a story, the script was written by Shane Cubis of Kneejerk Bohemia, and the animations were sketched out by our guru, Dave. His animations were the glue to help tell the story we couldn’t capture on camera. Our fantastic voice-over artist, Rebecca De Unamuno from EM Voices, provided the cherry on top for this educational documentary – we’re still trying to float the word “edu-mentary”.

This was a very rewarding project and one that I think will be a great resource for the education department, students and teachers. I know all the crew learnt a great deal from this project.

"I have worked with Ashleigh since 2012 to produce 13 different series of educational videos comprising 132 individual videos suitable for secondary school students. One of the series received over 275,000 hits between 2013 and 2019. This is an extraordinary number and reflects the quality of these videos, resulting in their use by industry as well as school teachers. I really enjoy working with Ashleigh because he really engages with the content of the videos. He has an extremely professional approach to his work and openly discusses his ideas in a friendly and positive way. He provides creative guidance without being too overbearing or dogmatic. He is very thorough and always pays attention to detail throughout the production process.”
Sally Bannerman
Animal Welfare Co-Ordinator
NSW Department of Education
Ready To Talk Video With Us? Get In Touch Today!