Hiring new staff? Want to train up the ones you already have? We guide you through the process of presenting vital information in a way that will help it sink in. 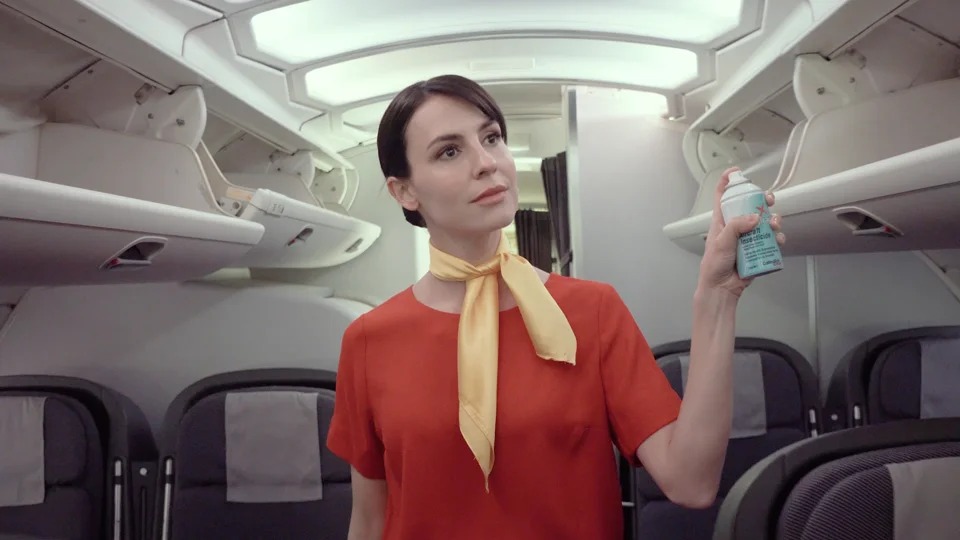 Spray it, Don’t Say it

Callington had never done any video marketing, having stuck to more traditional media such as brochures and trade magazines. Their goal was to show airlines how to use their range of products on empty planes, planes with passengers, on the ground and in the air. Shot over two very full days at HARS in Albion Park Rail on a retired Boeing 747, we made use of the Helix Gimbal system for the spraying-down-aisles footage, and a slider for the dual-aisle spraying techniques. The product shots were the last element, shot in the Callington offices using a slider and a lazy Susan as well as a piece of aluminium to mimic a plane galley. Audience Productions wrote the voiceover script and created all the titles throughout the series. There have been further versions of this training video made for different airlines including American Airlines, United Airlines and AeroMexico, which they use to help train their staff in disinsection. This training series has also been translated into French, Spanish and Chinese for both voiceover and titles.

"I have been working with Ashleigh for close to 10 years on various photo and video shoots. Every project has been handled with a high level of skill and professionalism. A recent video shoot we completed over the course of two days involved an immense amount of planning between numerous external stakeholders prior to any filming being done. Finding an aircraft grounded long enough to film our products on-board was not an easy task, but with some detective work resulting in various leads, Audience Productions and myself managed to secure a grounded Boeing 747 at HARS in Albion Park Rail.  The team worked effortlessly around the clock, close to 15-hour days and managed to get what would normally be a four-day shoot into two. The direction and leadership provided by Ashleigh on the day resulted in a successful shoot with almost zero retakes. At stages, we had over 50 people in the shoot and the guys managed to control the set, so we could maximise the film time we had within our budget. Our lead actress, extras, film and support crew were all fantastic and treated this project with a high level of professionalism.   The end result was a perfectly crafted instructional video on how to use our products in the aircraft cabin and cargo areas. Our global airline customers are utilising the video (in multiple languages) for staff training and the feedback has been very positive. The video has also been acknowledged by many governing bodies within the aviation industry worldwide. The film shoot was a highlight for me personally and it was good to be involved in such a great project, all with the help and direction from Ash and his team at Audience Productions. Thanks again, Ashleigh."
Ivan Zrilic
Group Marketing Manager
Callington Group of Companies

Our Most Recent Training & Induction Work

NSW Department of Education
We were asked to turn the live performance of this STEM Coding series into a video series, "Crack The Code", that teachers and students could use as a resource, training video or if they got stuck or needed a refresher. Diagrams sketched on the whiteboard during the live sessions would be used to help the coding gurus explain their ideas more simply. For this video series, we had to come up with explainer animations to help convey the ideas and concepts that would normally appear on the whiteboard.

How To Pack When Moving

AFRA (Australian Furniture Removers Association)
AFRA, Grace, Ansett Wridgways and Allied Pickfords required a training video for both their employees and customers to follow when packing cartons and boxes when moving. The video had to cover how to pack household items such as kitchenware and homewares, books, wine, clothing and larger items such as plasma televisions and bicycles in cartons and boxes.
Ready To Talk Video With Us? Get In Touch Today!