BHP approached us to create a safety induction video for their Sydney office. All visitors or contractors would be required to watch this video before being able to work in the BHP offices. Covered in the safety induction video were emergency safety procedures, office operations, security access to the building and other protocols for a safe workplace. A shot list was created from the BHP safety induction script and approved before the shoot day in order to get everything captured over the 2-day shoot. 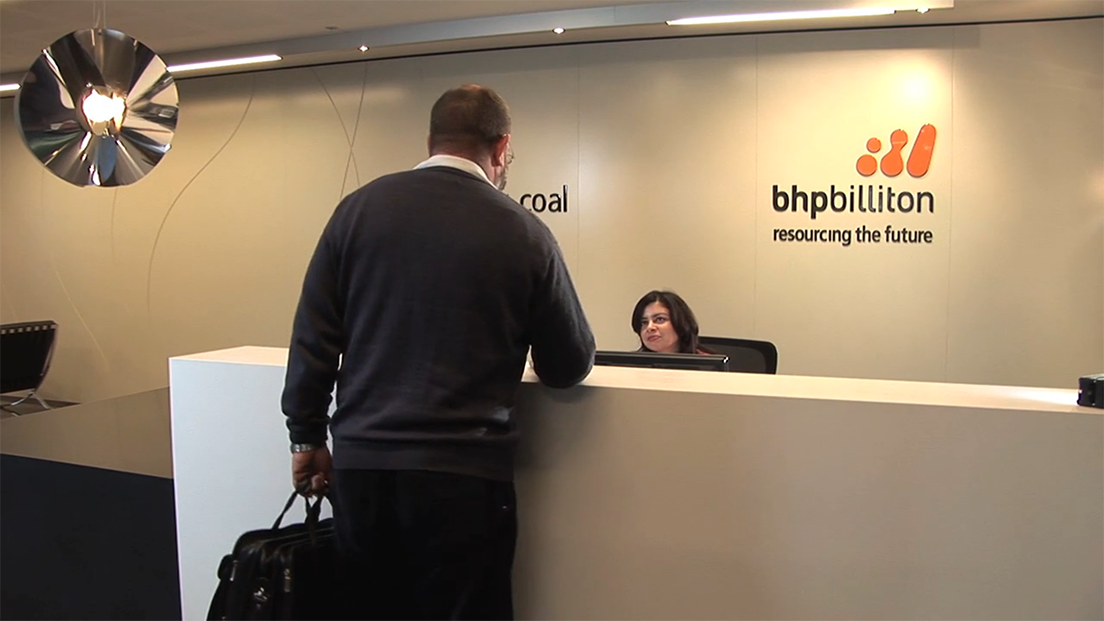 The original safety induction video was shot back in 2010 and was in use for a few years to welcome contractors and workers to the BHP offices and building. Due to some operational changes within the BHP offices, Audience Productions were able to re-edit, using existing footage, plus a revised script and new voiceover, which saved reshooting a whole new video. We were also able to use some previously unused footage from the original induction video shoot to help get a clear message across. Being able to update a safety video without a reshoot saved time and money. On most shoots, there is always a lot more footage shot that isn’t used but can be used at a later date if needed.