Stockland called the Audience Productions team in for a meeting just before Christmas 2014. They wanted to get an animation done to show their sales force some changes they were wanting to make to Lead Nurturing on January 12, 2015. 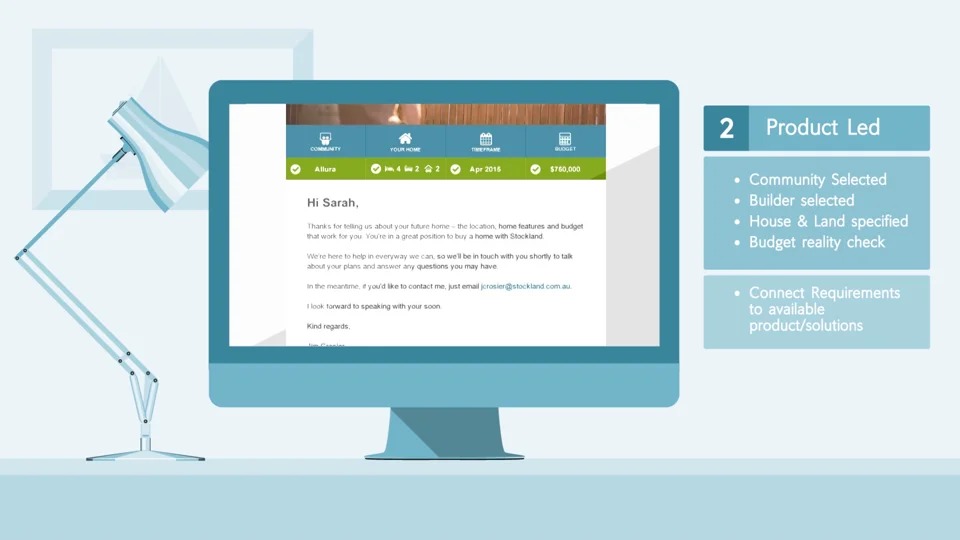 We all had our work cut out for us. Our scriptwriter had a first draft done in two days. Stockland were able to show this script to a panel who reviewed it to ensure all the points were covered.

A second draft was completed, based on their review comments, and shown to Stockland after the Christmas break. With this script approved, the Audience Productions team had a meeting at the Hollywood Hotel, discussing which details to animate and which details the voice-over could take care of.

After the animatic was completed for approval, our animator went to work on making this video jiggle and shake. His first pass was approved on January 10 and uploaded for everybody on January 12, to great response and even better feedback.